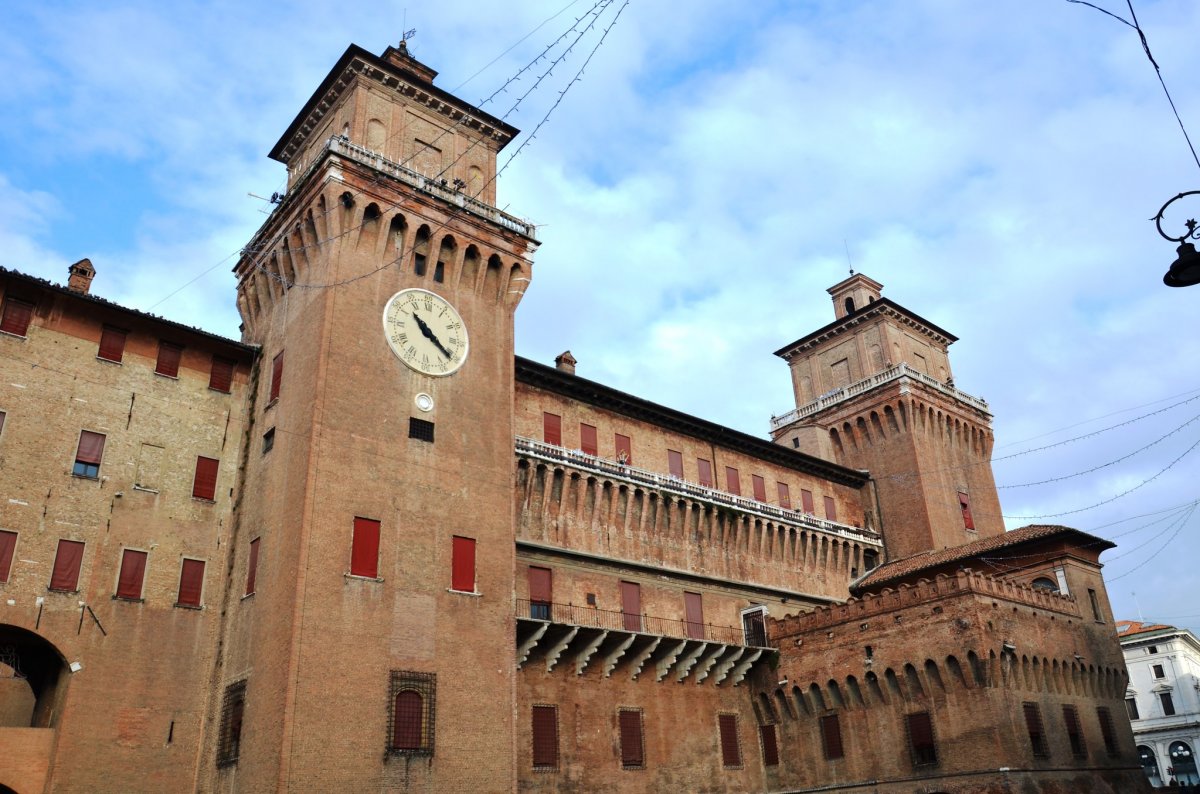 Lying in the middle of the Po Valley, Ferrara presents itself with the intact atmosphere of its past, harmoniously married with that of its lively present.

The most famous image is certainly that of his great Renaissance, the era of the splendor of the Estense court, which has left indelible signs everywhere: in the colossal project of the Addizione Erculea, in the imposing pictorial cycles of the fifteenth and sixteenth centuries and in the Last Judgment of the Bastianino.
The center of the city, a privileged place for meetings, entertainment and entertainment, is dominated by the imposing piers of the buildings of power: the Estense Castle, an ancient fourteenth-century fortress then residence of the Dukes of Este in the sixteenth century, and the splendid Cathedral, a harmonious fusion of styles Gothic and Romanesque, with the adjoining museum of Palazzo Schifanoia, rich in finely frescoed halls among which the Salone dei Mesi.

From the Castle then the wide streets of the Addizione Erculea depart, that enlargement wanted by the Duke Ercole who made Ferrara "the first modern city of Europe" in the Renaissance and which earned it the recognition, together with its Po Delta, from the UNESCO World Heritage Site.
Palazzo Massari with the permanent exhibition of Boldini, Palazzo dei Diamanti with the Pinacoteca used as a permanent exhibition of important art exhibitions, Piazza Ariostea which annually hosts the oldest Palio in the world, the walls, an ancient fortified wall that preserves its splendor intact.