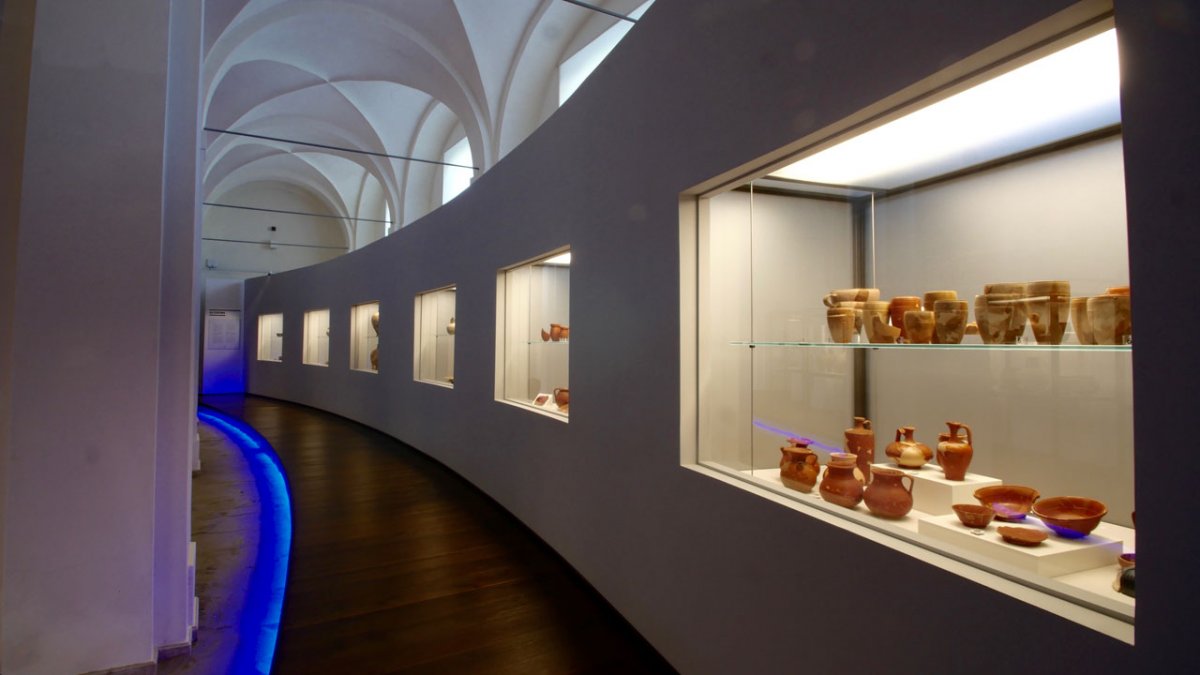 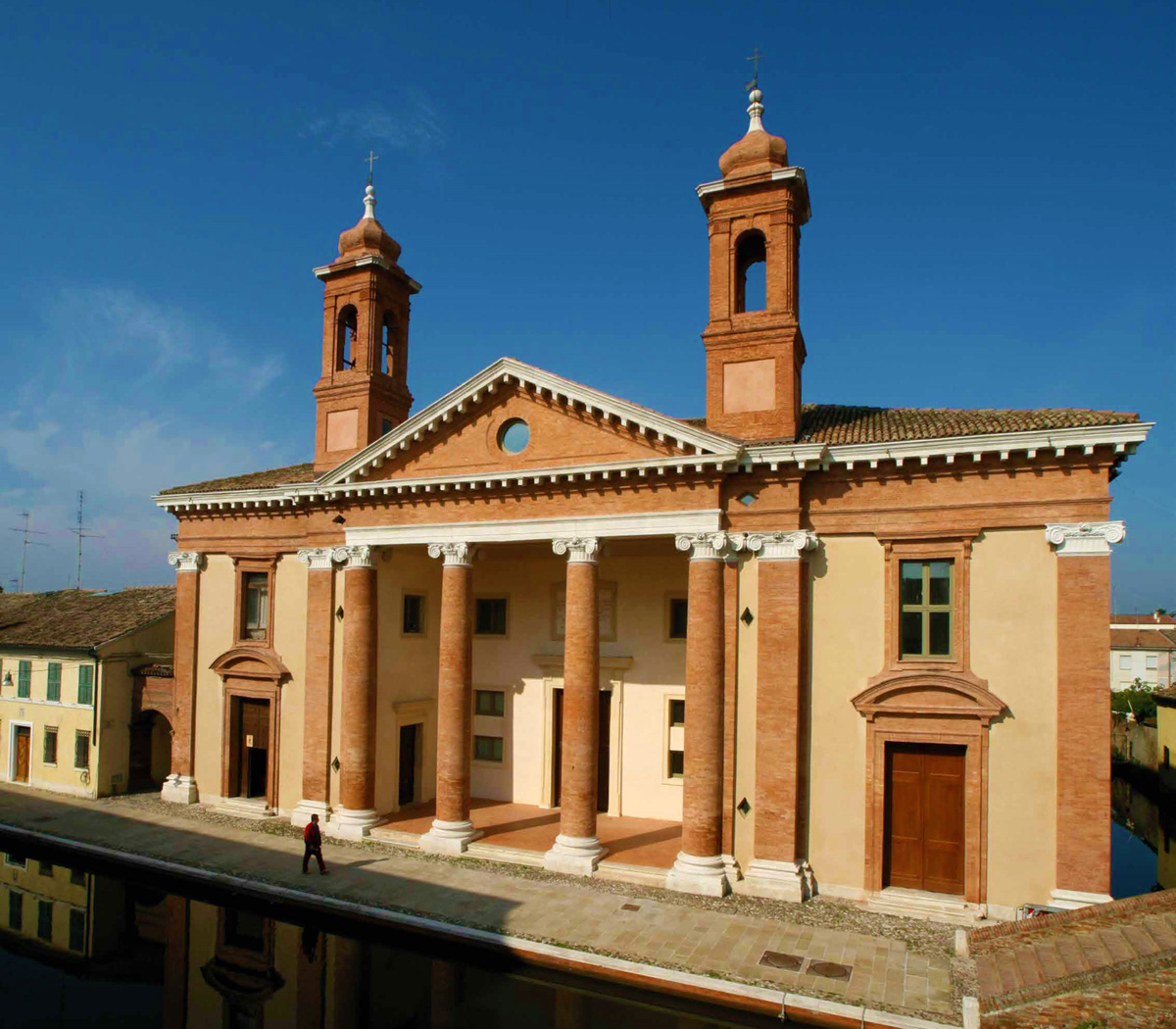 The Museum finds space in the imposing neoclassical architecture of the eighteenth-century Ospedale degli Infermi (1771/1784), created by Antonio Foschini and Gaetano Genta. It is one of the most significant and monumental buildings in the charming historic center of Comacchio. BUY YOUR TICKET ONLINE

There is exhibited a rich heritage of archaeological heritage from the area, from the earliest evidence from the protohistoric era to the Middle Ages. Through the exhibition of almost two thousand exhibits and thanks to suggestive reconstructions, agile driving apparatus and moments of interaction and public involvement, the museum tells the story of the ancient mouth of the Po which, with the numerous navigable canals and the streets of earth, over the centuries it has been an important trade and civilization hub that connected the Mediterranean and continental Europe.

Of particular note are the sections dedicated to the Etruscan city of Spina, with objects from the town and the rich grave goods, to the Roman world, to the birth of Comacchio in the early Middle Ages as a commercial emporium and bishopric. The precious cargo of the Roman ship of Comacchio, an authentic Pompei of the sea that is a cross-section of the globalized world of the Roman Empire

The museum is divided into thematic and chronological sections:

- The section dedicated to the territory studies the changes in the delta environment over the millennia, from the formation of the Po valley to the present day. It turns out that there have been alternating cycles of glaciations and marine invasions, very different environments from the prairies to the tundras, to the forests, to the lagoons, up to the human settlement and to the natural and artificial modifications of the environment in historical times.
- The section of the final bronze age and first iron exhibits the most ancient archaeological finds of the area, which highlight human settlements and artifacts similar to those of Frattesina, a center well known for trade between the Mediterranean and continental Europe in this epoch, which precedes Adria and Spina in this role. The myth of the fall of Phaeton in ancient Eridanus and the search for amber dates back to these ancient times in the Greek imagination.
- The archaic and classical age is characterized by the story of the Etruscan city of Spina, a commercial port and an Etruscan outpost for trade to the Mediterranean East. It is investigated in its relations with Athens and the Greek civilization and with the Etruscan, Venetian and Celtic populations, in its lagoon city structure "light" on the river, with its necropolises placed on the sea bumps.
- The Roman section presents a deltaic area in the orbit of Ravenna, seat of the Adriatic imperial fleet. A land of agricultural and industrial production, of fish breeding and salt production, and once again a fundamental link between water and land between Rome and northern Italy, the Adriatic and the Balkan regions. The delta, completely romanized in the period between the end of the Republic and the first Empire, bears witness to its commercial vocation through the exceptional discovery of the Valle Ponti ship, testimony to the era of Augustus and the globalized world of Rome.
- Late medieval age: in an age when Roman cities decayed and in some cases disappeared, a series of settlements along the north Adriatic coast were born almost from nothing in areas protected by rivers and lagoons in an area disputed between the Goths, Byzantines and Lombards : first of all Venice and Comacchio.

The archeology of Comacchio, whose salt production emerges, is important for the study of European balances in times when the Mediterranean contact and trade routes had not been interrupted as previously thought.

The history finsce when, after the XII century, the main course of the Po moves northwards and Comacchio ceases its commercial function, becoming a center fundamentally devoted to the economy of the valley and the fish and under the dominion of external powers.

We and selected third parties use cookies or similar technologies for technical purposes and, with your consent, also for other purposes as specified in the cookie policy.
If you close this banner with a tick or click on "Decline", only technical cookies will be used. If you want to select the cookies to be installed, click on 'Customise'. If you prefer, you can consent to the use of all cookies, including cookies other than technical cookies, by clicking on "Accept all". You can change your choice at any time.